East Campus orientation activities, the summer, and the upcoming term.

The month of August was pretty busy for me – a combination of work and preparation for the new term. Last week, for example, I day-tripped DC for some work meetings (6.5 hours each way makes for a long day), and then Thursday and Friday, I met up with an MIT alum in Texas who works as a director for a rather large freight railroad in the West. It looks like I’ll be interning there next summer and potentially during IAP as well. Cool! :-) I toured their headquarters and operations facilities, chatted at length with various employees, and I think I’ll get a lot out of the experience.

It’s kind of nice to settle down to classes, but I’m happy the summer went so well – it’s good to be productive and get some things accomplished. (I worked on some projects for Amtrak — got to know some of my co-workers a little better with more time in the office, which is always good.) Not to mention a few overnight train trips here and there — the Midwest, the South, and elsewhere on some long weekends.

But now that it’s time to return back to the academic world, I should report on some of the festivities here at East Campus. The dorm put on its annual reception for freshmen, during REX, the period formerly known as Rush. Bavetta and friends from Tetazoo debuted the highly anticipated “Jesus: The Ride” to much fanfare: 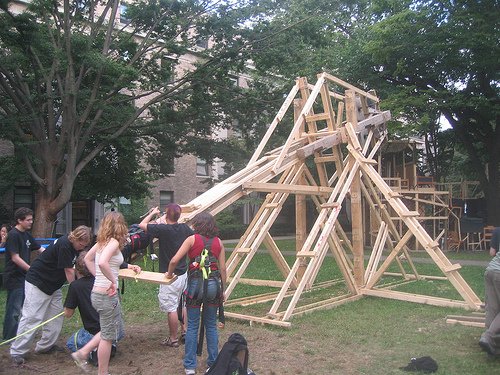 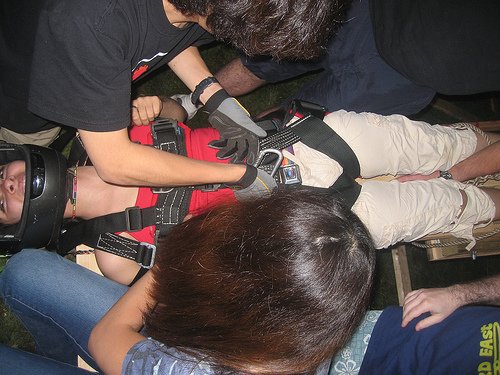 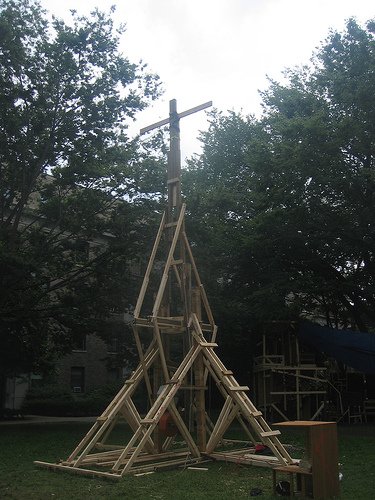 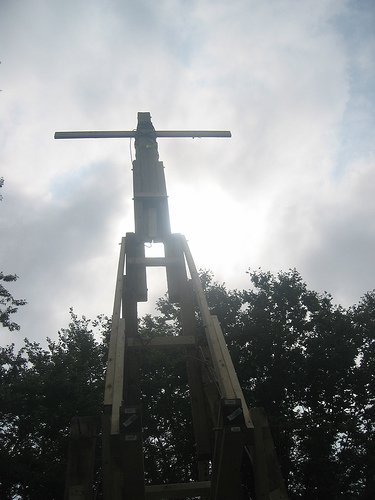 If you’re interested in seeing more pictures of the Ride and its construction, check out his entire album. :-)

There were also some other things … 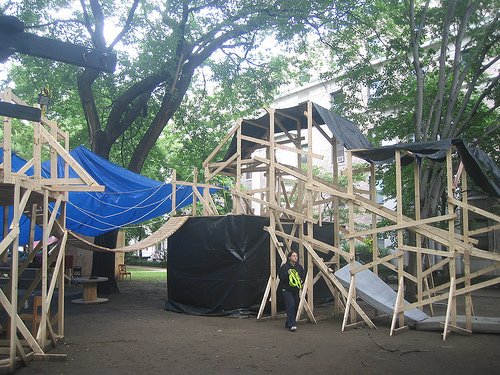 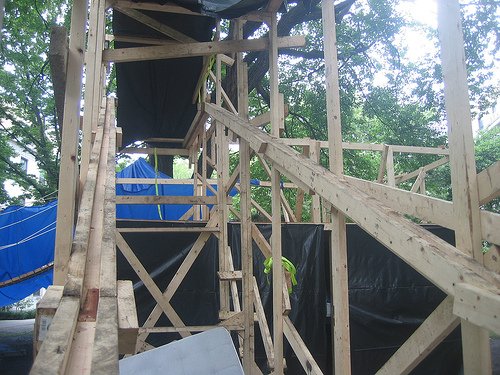 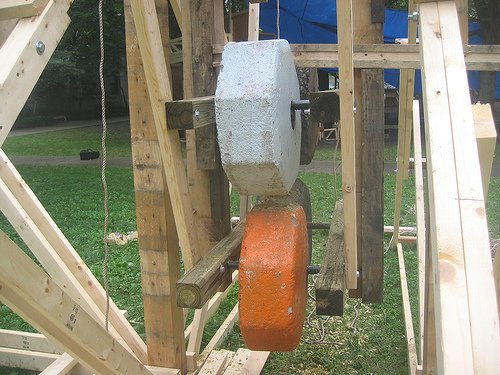 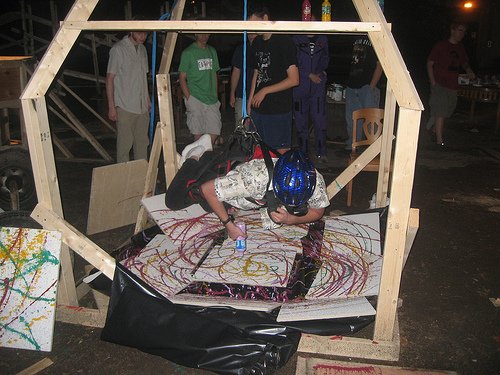 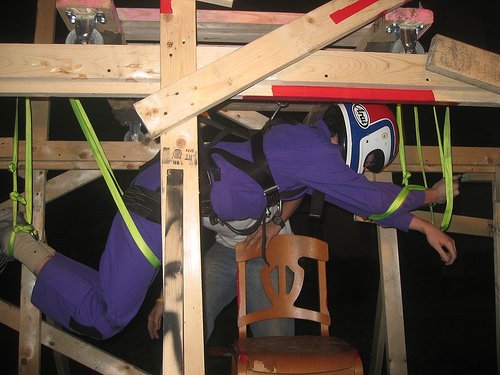 I’ll leave you with the “pizza challenge” :-) 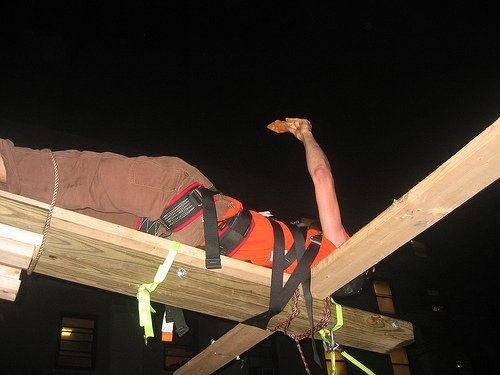 We got an amazing number of freshmen on hall this year, due to a housing anomaly that left us with many empty rooms. I haven’t gotten to know too many of them yet, but I think we’ve got the makings of a good bunch. It’s kind of interesting to get a sense of the freshman perspective, and compare it to how I felt a year ago, and to how I feel now. I’m probably a little bit more focused, a little bit more aware of what I need to do to succeed here. I can only say that I am truly blessed to be here, to have the opportunities I have, and to know the people I know here. It’s too easy to take things for granted when you’re going through the motions or even just tackling a particularly trying situation, but all things considered, I don’t think I could ask for much more right now. :)

Classes start later today. I’m taking a mixture of stuff, some which count toward my major and some which count toward the minor in Applied International Studies. My first class is 10am four days per week, and 11am on Wednesdays. 10am! So early! On the other hand, I didn’t want huge gaps in time between classes during the day. I found that when I had a couple of late morning sections, and one isolated section late in the day, that last straggler at 4PM was a real drag. I signed up for the PE lottery, but I won’t know what I got until tomorrow.

That reminds me of a curious piece of information in the freshman orientation materials this year. Somewhere in some paperwork, the PE requirement was discussed (8 points to graduate — that’s four half-semester classes), and they said that, and I quote, “We note that successful students complete 4 six-week classes during their Freshman year to complete their 8 point requirement.”

An abbreviated version of this quote appeared in print form, to the effect of “Successful students complete their PE requirement their freshman year.” Now, I don’t deny that it’s probably a good, conscientious deed to finish your PE requirement the first year, but “successful students”? I know plenty of very successful upperclassmen here who haven’t even started working toward their PE requirement. Supposedly you’re expected to finish your requirement by the end of sophomore year, but there’s no rule set in stone dictating that. The same goes for the swim test. As long as you complete these things before you graduate, you’re fine! (Feel free to discuss.)

I’m also advising a group of freshmen this year with Daniel Barkowitz, through the Associate Advisor program. Our group has five students and we’ve been planning some social activities for the year, including dinners, days exploring Boston, and perhaps a theatrical performance. (Our group has several folks who act, so it seemed like a good fit.) I’ll write more about this as the term progresses and we spend more time together.

I should really get to bed, but I think I’ll sign off with one last note. Being here for the summer was really awesome. It’ll probably be my last summer here, at least as an undergrad, but the humidity aside, it was definitely a worthwhile experience. Take care, and check back often.

5 responses to “Summer, East Campus rush, and the new term”