It’s hard to believe the first month of sophomore year is already coming to a close, but I’m happy to say that the term is taking shape quite well.

First of all, I like being an urban planning major. I’m taking a public policy class (in my major), an accounting class (in Sloan), and a language class (French III). I’m also getting an Institute requirement out of the way, but that isn’t so important. :) 11.002 (Making Public Policy) has a couple of excellent professors, Judy Layzer and Gary McKissick, who conduct the course in a discussion format. As moderators, they inform and stimulate conversation relevant to the day’s assigned reading, which to date has included topics on global warming and a unit on public policy problems in general. I think what I’ve enjoyed most this month is the feeling of being stimulated, with new insights and questions brewing in my mind even as I’m walking home from the classroom in Building 35. (I did it again – I said “home.”) I am continually impressed by how eloquent my classmates are… and in fact, much of the insight I’ve gathered has been from the students themselves. We have a recitation section every Thursday afternoon in the absolute closest possible classroom to my dorm, which is even more awesome. :)

Our first assignment was to write an op-ed about what the government should (or shouldn’t) do about global warming. Because 11.002 is a CI-H class, we are required to rewrite one of our papers, with feedback on the draft from the teaching staff. Not only did the TA – a grad student in Political Science – offer thorough commentary on my draft, I received suggestions from a writing lecturer (coincidentally one of the new East Campus housemasters) as well. Nice.

The past week of French has been consumed by a strangely amusing software package called A la rencontre de Philippe. It’s an interactive multimedia thing our teacher and others put together internally at MIT, using video clips shot in Paris in the 1980s. In the story, Philippe and his girlfriend Elisabeth are having a falling-out, and it’s my job to help him move out and find a new place to live. With the help of his well-intentioned friend Antoine and gracious Aunt Amelie, and of course, my impeccable sleuthing, Philippe checks out a potential pad with a real estate agent. Depending on user input, the story can go several ways – in mine, he ends up reconciling with Elisabeth after her friend Dominique calms her down. There was a side bit about Elisabeth running off with Dominique’s brother Pierre, but thankfully, she didn’t elaborate. ;) 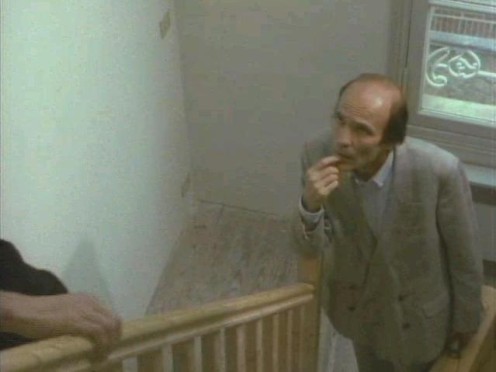 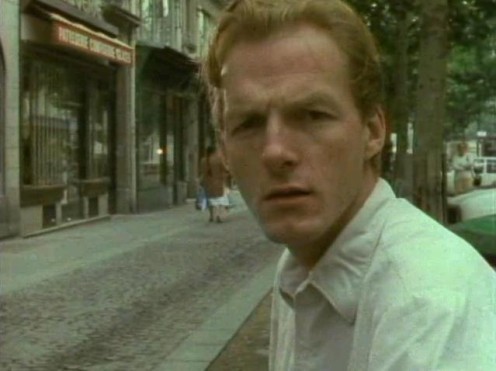 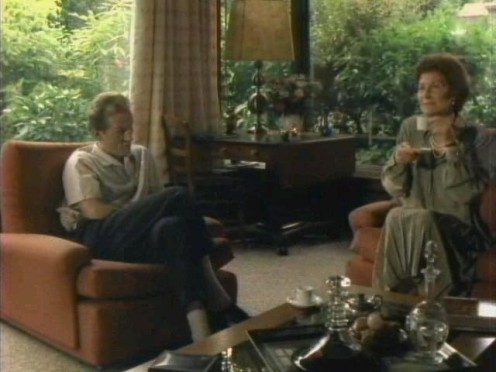 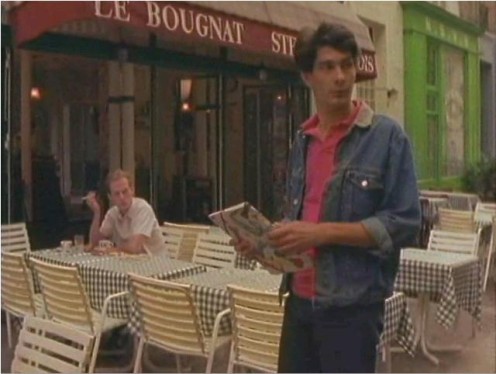 Today is our first “student holiday” of the year – in months which don’t already have a three or four-day weekend, the Institute makes sure we get one. Because I already took Saturday and Sunday to relax, I spent the “holiday” in D.C. to take care of some work stuff. Every time I catch the 5:15am train from South Station, I am pleasantly reminded that I probably should have slept some more. The catalyst for last night’s dearth of shuteye was a combination of having awakened too late the previous day, and some loud yelps from passionate Halo players in adjacent rooms. Although I think they’re pretty funny when they’re so worked up, shouting at each other into little microphones which digitize their voices and carry them through the conduit in the drop ceiling. And even though most of them live on the same hall, and they all most certainly know each other in person, they call each other by their in-game nicknames when referring to the gameplay. “Why is torpex so good!” “I dunno, but bluefire, man…” “Yeah!! Did you see when torpex shot him from behind??” I think it’s probably a good thing I don’t have an Xbox. :)

We got a couple more Anthonys at EC – one on my floor and one just downstairs. It seems like for the past few months, people call me by my last name (which is also my Athena name), and I’ve sort of grown accustomed to it. Yeah, it’s pretty critical that you choose an account name that you can live with – although if it’s got numbers or underscores in it, people will probably just find some other unique identifier for you. (Numbers and underscores suck. It’s the million-dollar question: when a certain word or name is available without random numbers, why add them?!)

All right, more later. A certain project I’ve worked on since January is pretty close to the point I can start talking about it publicly, and I can’t wait to share it with you.

One response to “Taking Shape”