I’m the kind of person who likes playing games that I can play over and over. When I made the Slay the Spire post two years ago, I had 67 hours in the game. Now I have 300 hours.

Sometimes I play new games too. I have a huge backlog of games in my Steam library that I’m working through. The trouble is that I play the same games over and over, so I get through games at a slower rate than adding them to my to-play list. Oops!

You trap these creatures called Trimps, and send them to battle. You colonize more and more of the unfamiliar planet you find yourself in, while trying to discover what caused your laser-guided amnesia. It’s quite theme-light, and more number-go-uppy than my description might suggest.

One thing I appreciate about Trimps, moreso than any other incremental game I’ve played, is how well-designed the core mechanics are. Balancing the different resources available isn’t entirely obvious, with several meaningful ways of progressing. Despite that, the game hasn’t felt overwhelming enough to require a guide. (Looking at you, The Prestige Tree.)

My main gripe is how slow it is, especially at the beginning. It always feels like I want more automation, and when a piece of automation does get unlocked, I felt like I should’ve gotten it a few days earlier. This is the main reason I’ve dropped the game. AutoTrimps extended my playtime, but not enough that I keep playing it.

This is a long game. You could play for months and not reach the end of it, and new content is still being added. If you get into it, expect to leave it running in the background for days upon end with little intervention. Large community as well. 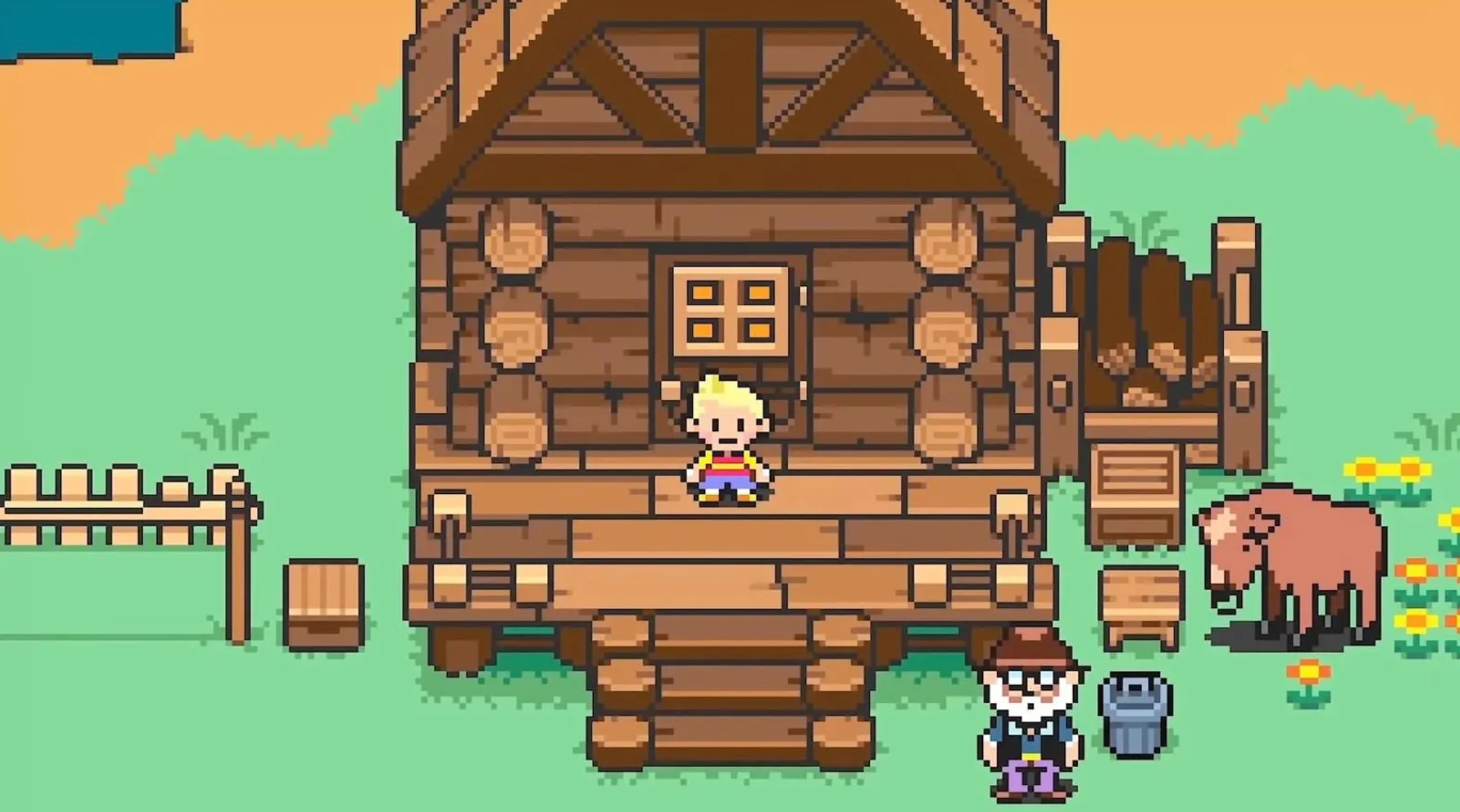 A charming Nintendo RPG for the GBA, Mother 3 has an interesting history. Although it’s never been localized, it has a popular unofficial translation, known for having thousands of hours of effort poured in by fans over its two years of development. Mother 3 is the third installment in the Earthbound trilogy, better known these days as the source of Smash characters Ness and Lucas. (If you ever wondered where Ness and Lucas were from, now you know: they’re from the Earthbound trilogy.)

The most similar game I’ve played to Mother 3 was Undertale, which itself was inspired by the Earthbound trilogy. The charm of Mother 3 comes from its strong writing, which is at times weird and quirky, and other times emotional and heartrending. It deals with themes like grief, community, family, and, uh, capitalism. Don’t be fooled by its graphics: these cute pixels belie a heavy story.

I’m a person who likes to enjoy the story, skip the game, and Mother 3 was one of the games whose gameplay I found unappealing. For the first half of the game, I felt constantly underleveled. Some grinding might have fixed this, and indeed, maybe Mother 3 wanted to encourage players to do more battles than strictly necessary. But I didn’t come for the gameplay, so for the second half of the game, I turned on some cheats to increase my level a little.

This is no fault of Mother 3; this is just how Nintendo RPGs tend to play out. (I remember playing Dragon Quest IX as a kid and finding it hard.) I want to put on the record that I think different people enjoy different things from video games, and it’s up to each player to experience the game the way they want to. Whether it’s grinding, turning on the cheats, or watching a Let’s Play instead; if it doesn’t ruin the fun for others, I say go for it.

The game took me around eighteen hours to finish. If I did the grinding, I expect it would’ve taken twenty-four hours. 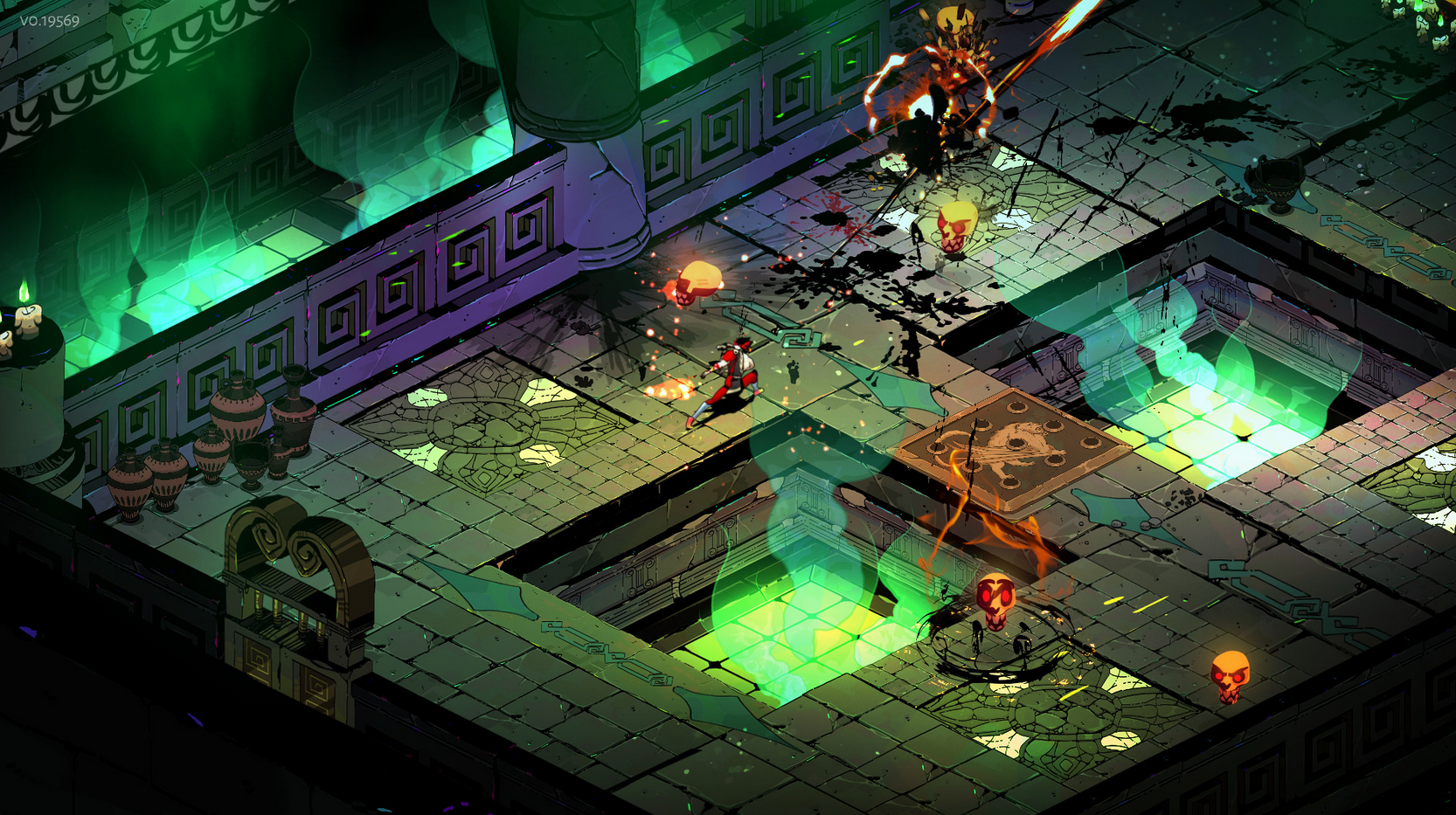 from the hades steam page

The game has deep mechanics and complex controls. There’s move, attack, special, cast, dash, call, summon, and sometimes reload, all different methods of attacking enemies. In a sense, it’s the opposite of Celeste. Celeste has move, jump, dash, climb, and gets most of the complexity from interacting with the environment.

The environment and enemies in Hades don’t introduce new mechanics (except in one late-game case); the complexity arises from all the possible ways to attack, and needing to juggle between them. It’s very possible to finish the game without using all of these mechanics, but to those who want to challenge themselves, the option’s there. This, I think, distinguishes Hades and Slay the Spire from games like Dicey Dungeons and Loop Hero: the sheer complexity available to the player.

One thing about Hades, that I haven’t seen in the other roguelikes I’ve played, is its emphasis on story. Its story is centered on reconciliation and fate. Every mechanic is diegetic, with pages of lore and rich worldbuilding available to those who want it. I’m not a big family person myself, but like Mother 3, I can appreciate a good family story when I see one. So this is one of those rare games I play for both gameplay and story. 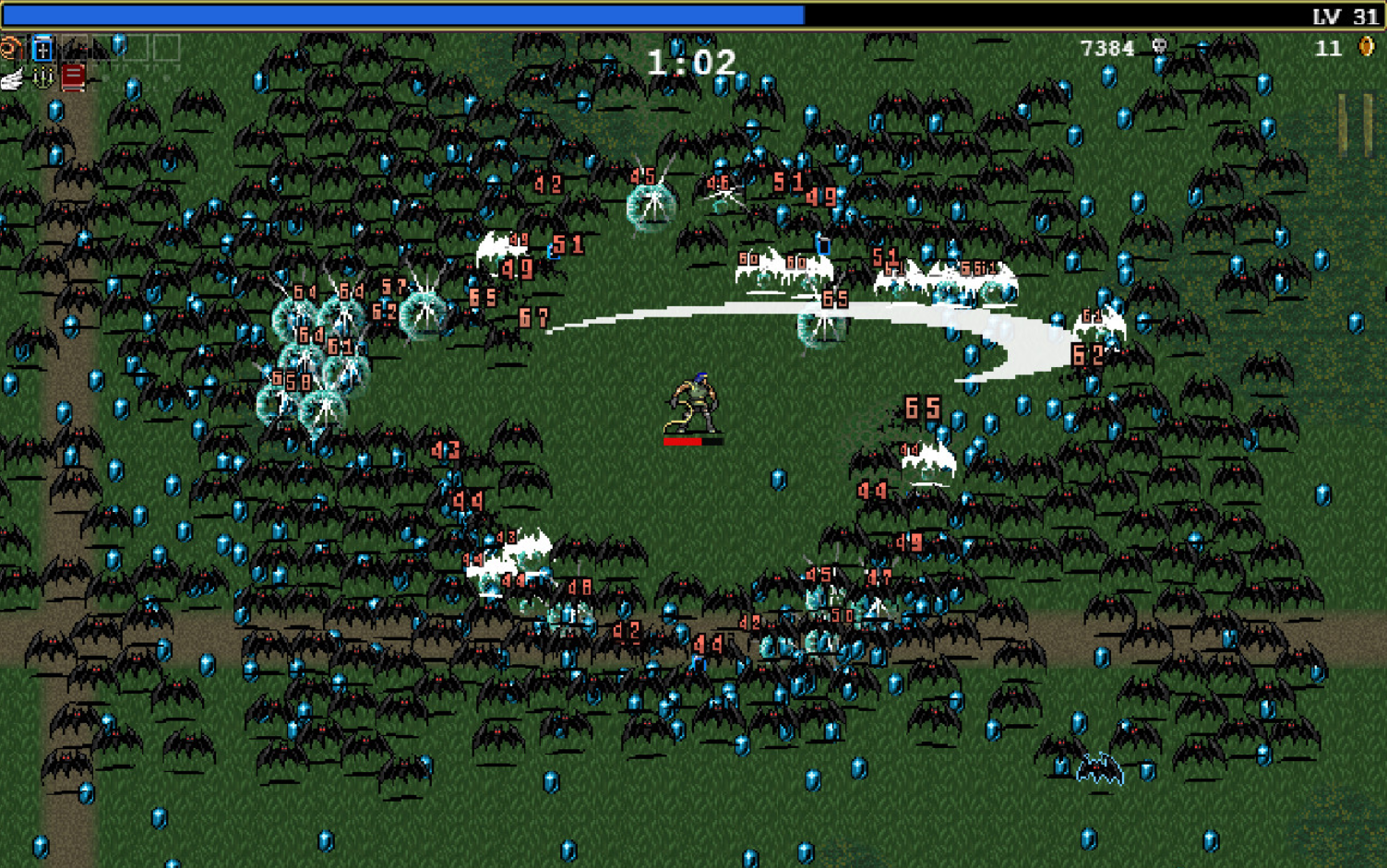 from the vampire survivors steam page

Vampire Survivors is… another roguelike. In my defense, I mentioned two games that weren’t roguelikes! And it’s unlike Hades in many ways. The story almost feels like an excuse plot. The only controls are movement; you could play it with a joystick. It’s really time-centered, with a huge timer ticking on the top of the screen.

It’s probably most notable for being both absurdly cheap and highly-rated. It’s the second highest-rated game on Steam, above games like Stardew Valley, Terraria, or Portal. I’ve seen it described as getting to be the bullet hell. You move around and spew bullets at enemies. You don’t have to shoot bullets, they just come out. I’ve clocked 40 hours in the game already, and I only bought it last Saturday.

It also just got out of early access, and I’m excited to see what else is coming in the game.