According to Joel '10 from New House, we eat your babies.

Some of you asked for pictures of a Senior House dorm room, and I decided to do you one better and give you a bit of a dorm tour! So here are a few glimpses of the Haus. (The Haus/House spelling used to be an indicator of whether or not you were a resident of Senior House – from what I know, people living here or in EC used “Haus” as an inside joke-like thing. Now, however, the two are used somewhat interchangeably, but most MIT administratrivia still uses “House” rather than “Haus.” But I digress.)

As you’re walking from the main buildings over to the east side of campus, you see this: 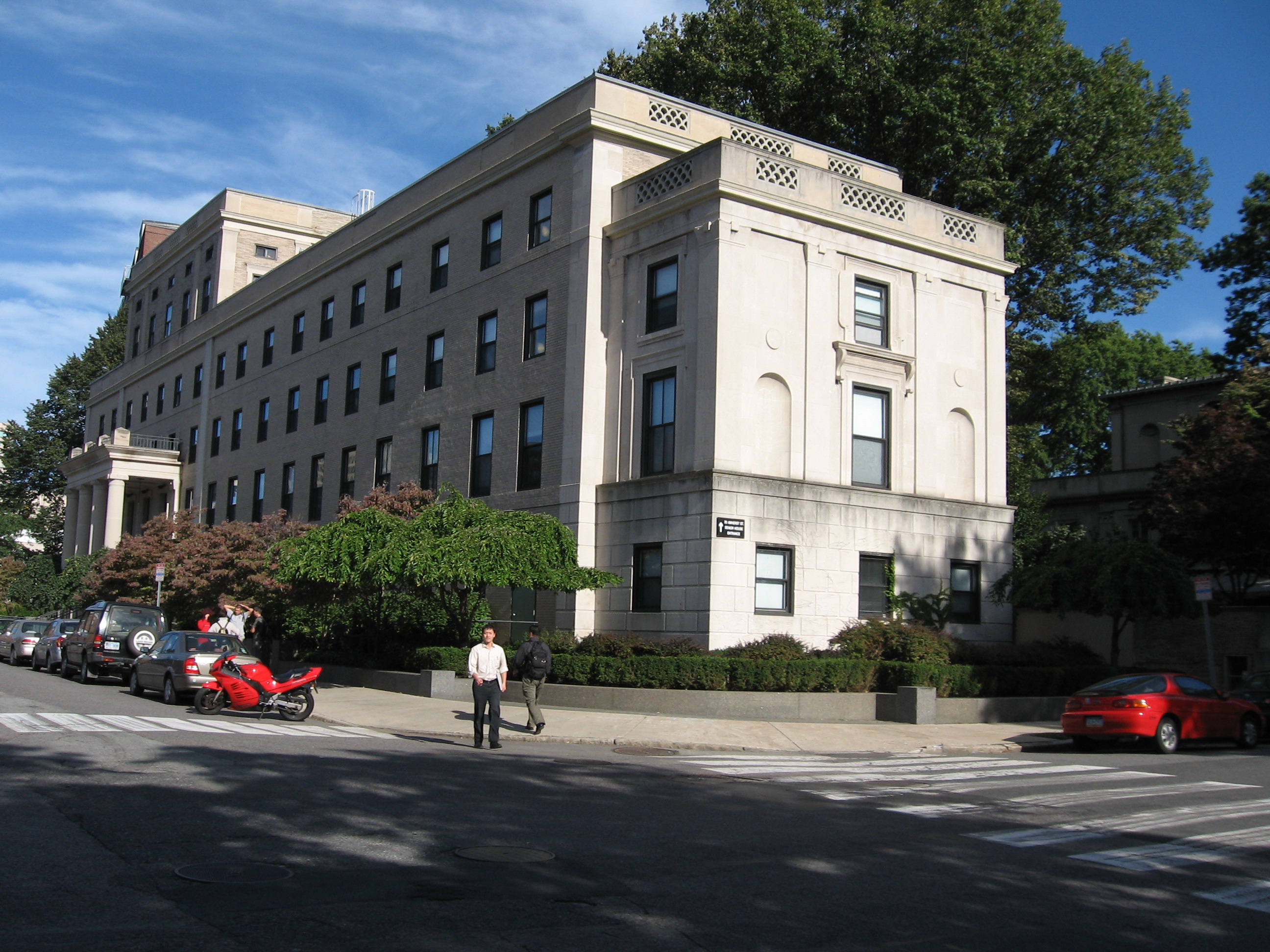 which is the side of the Haus. This used to be where the front desk was until renovations in 1996, when it was moved to a more central area of the building. Want a picture with a view from the front? Yeah. Don’t have it. Maybe when I stop being lazy, or when I happen to be walking to the Haus from MIT Medical with my camera. (Senior Haus is right across the street from MIT Medical. We’re also the closest dorm to the Kendall Square T station on the Red Line.)

By the way, right now this picture is entirely misleading for a couple of reasons:

a) it was taken in September, back when it was still warm and sunny out and leaves were still on trees.

b) IT SNOWED TUESDAY NIGHT AND WEDNESDAY MORNING. Which then became sleet, which in turn became this freezing rain that mixed with the dirty melting snow and created a million deep puddles everywhere which are now all frozen over causing Amy ’10 and I to try unsuccessfully to slide on them and this is a run-on sentence if ever I saw one. Even so. SNOW. AWESOME SNOW.

Want a look at said awesome snow? Here’s one, taken this morning from a 4th floor balcony before I went to 24.900: 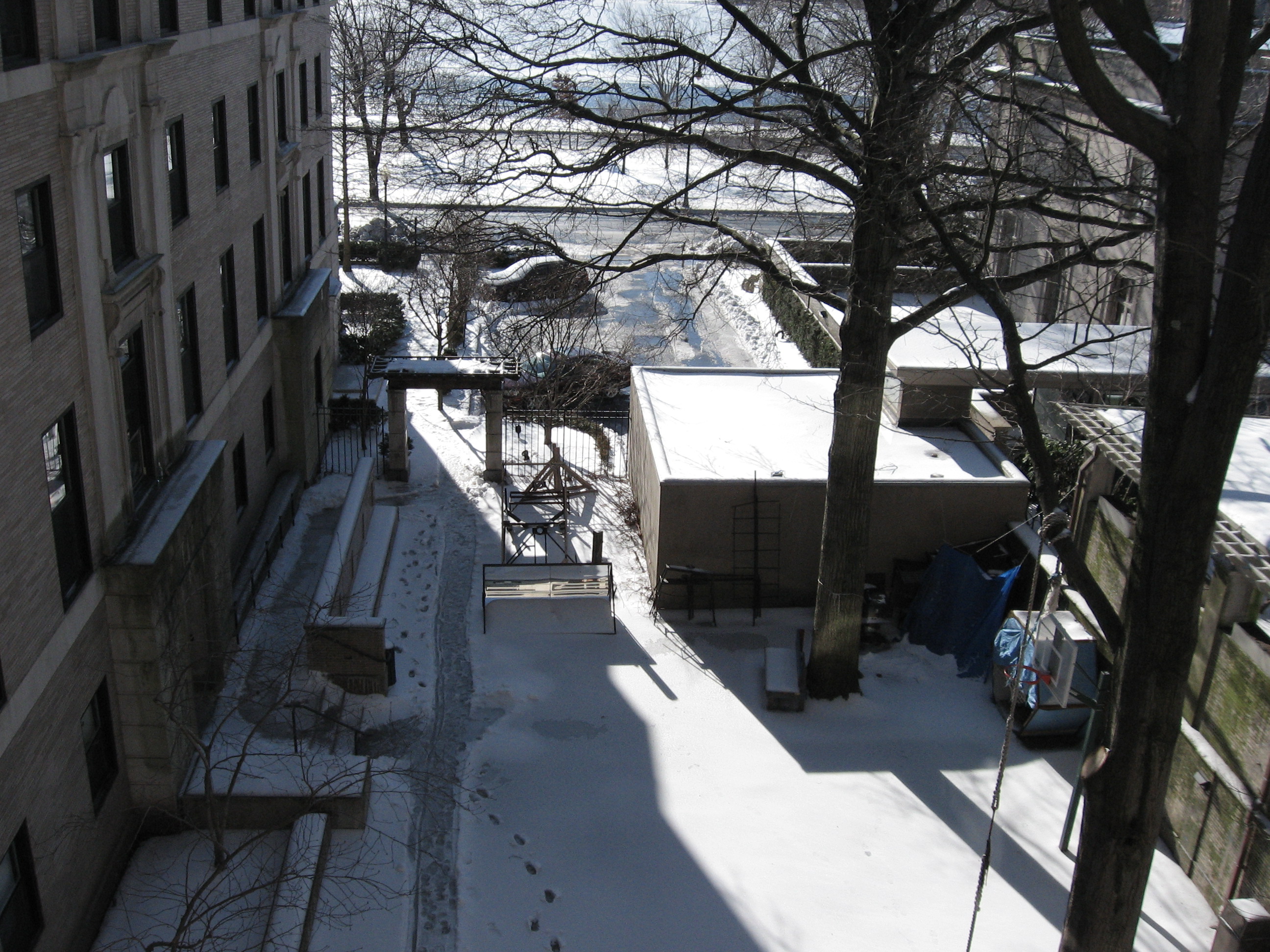 The rain from last night turned the snow on the balcony into ice, causing me to slip and nearly fall off just as I was climbing back through the window into the hallway. Oh, the things I do for MITBlogs. ^_^

Enough about outside, though.

I’ve mentioned before that Senior Haus residents are allowed to paint their rooms. They’re also allowed to put murals on the walls. Every mural is from 1996 on, since the Haus renovations required tearing down many of the walls to change the internal layout of the building. Even so, the murals are usually pretty cool and never really get painted over.

An example of the contrary, however, is this wall directly outside of my room. According to my hallmate Sari ’09, there was what she would only describe as a “really, really bad” mural there before she painted the entire thing over with white in a fit of frustration with it. The 4th HNC is still thinking of things to paint up there instead of leaving the blank stretch of white; I’ll let you know what happens with that.

Anyway, here are a couple of our murals: 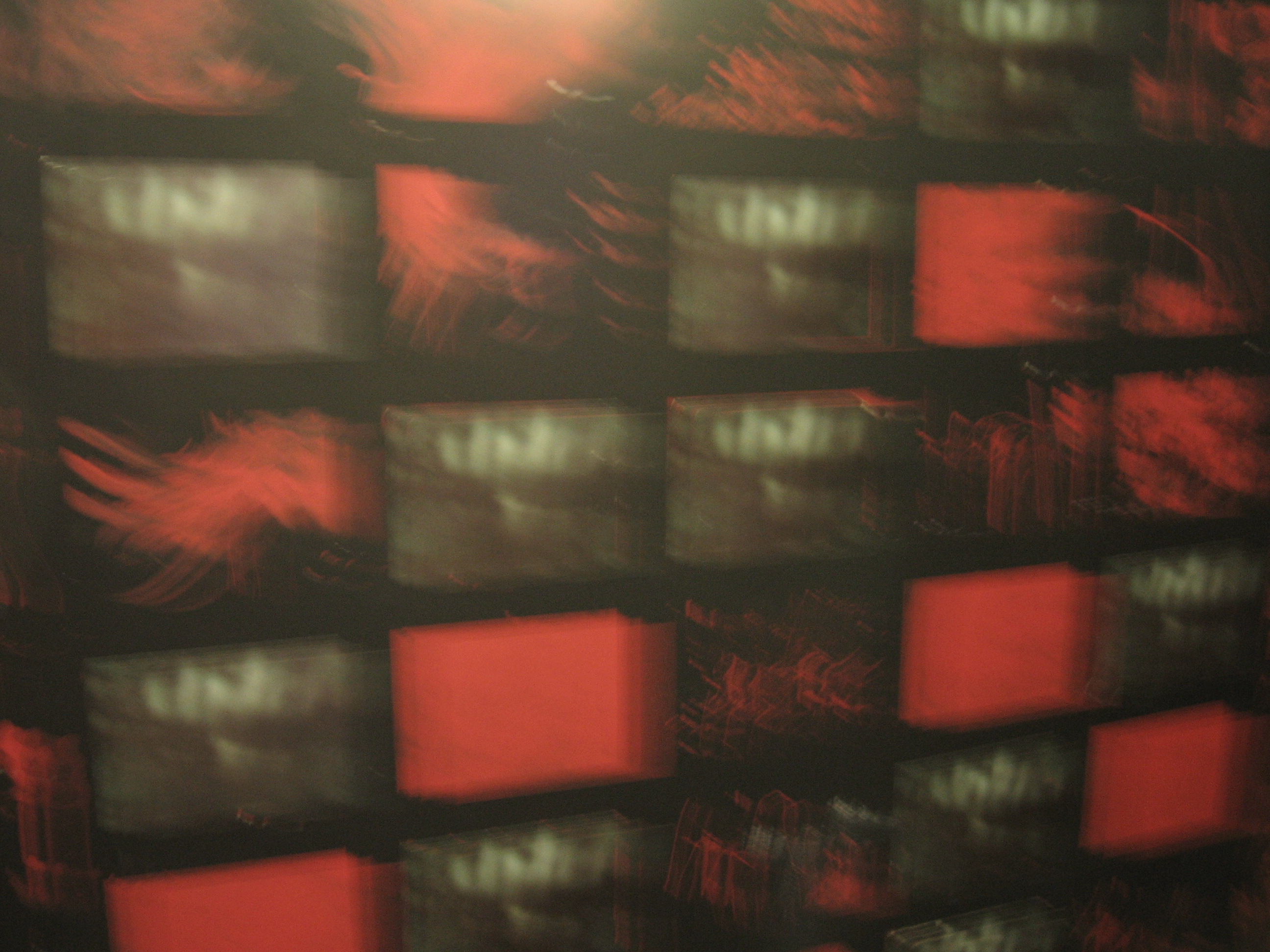 And for you Invader Zim fans out there: 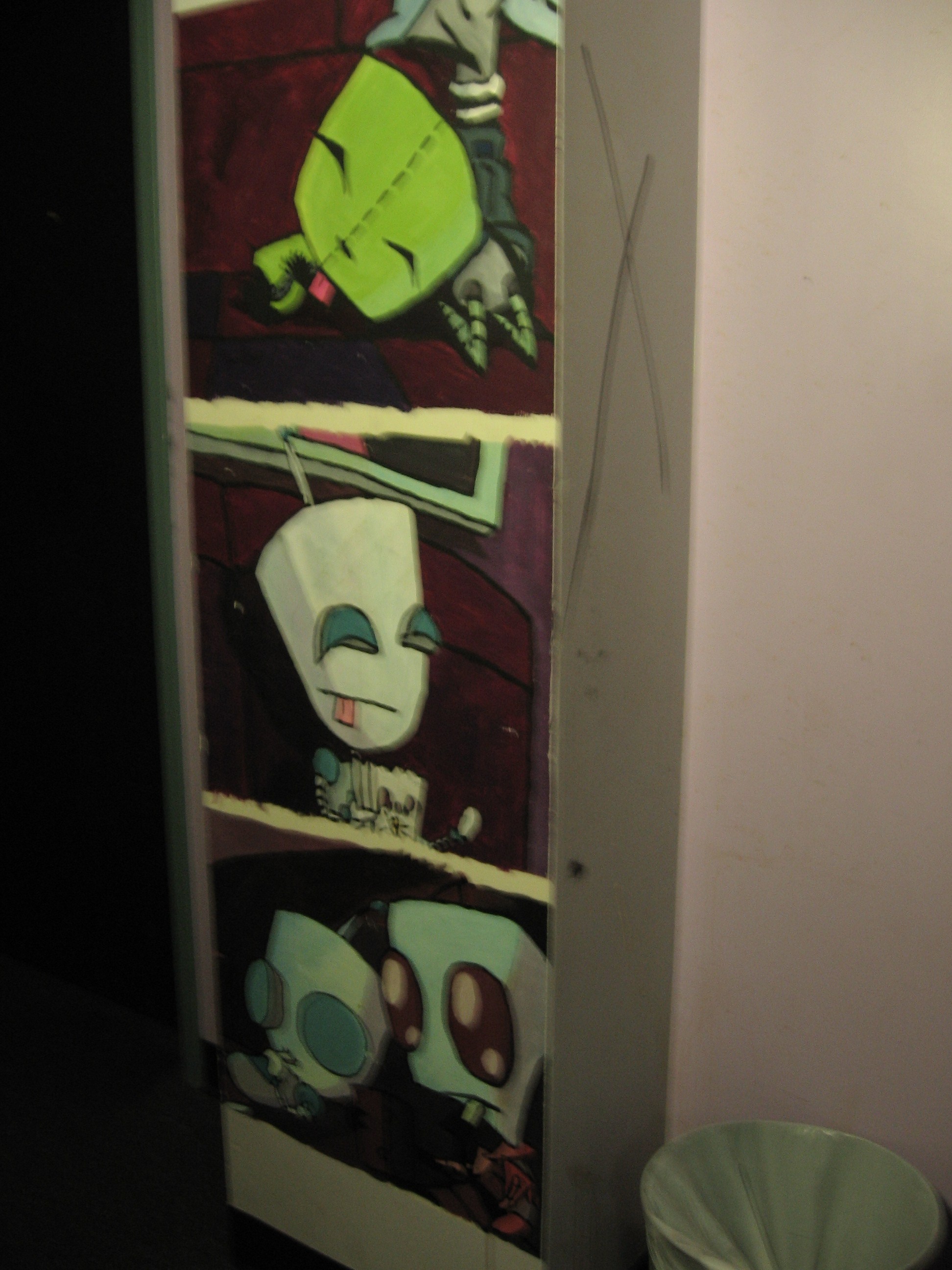 More pictures will be added over the next couple of days.

Moving on to rooms: I’ve been living in a single since I moved in here, and I just moved into a larger one last week: 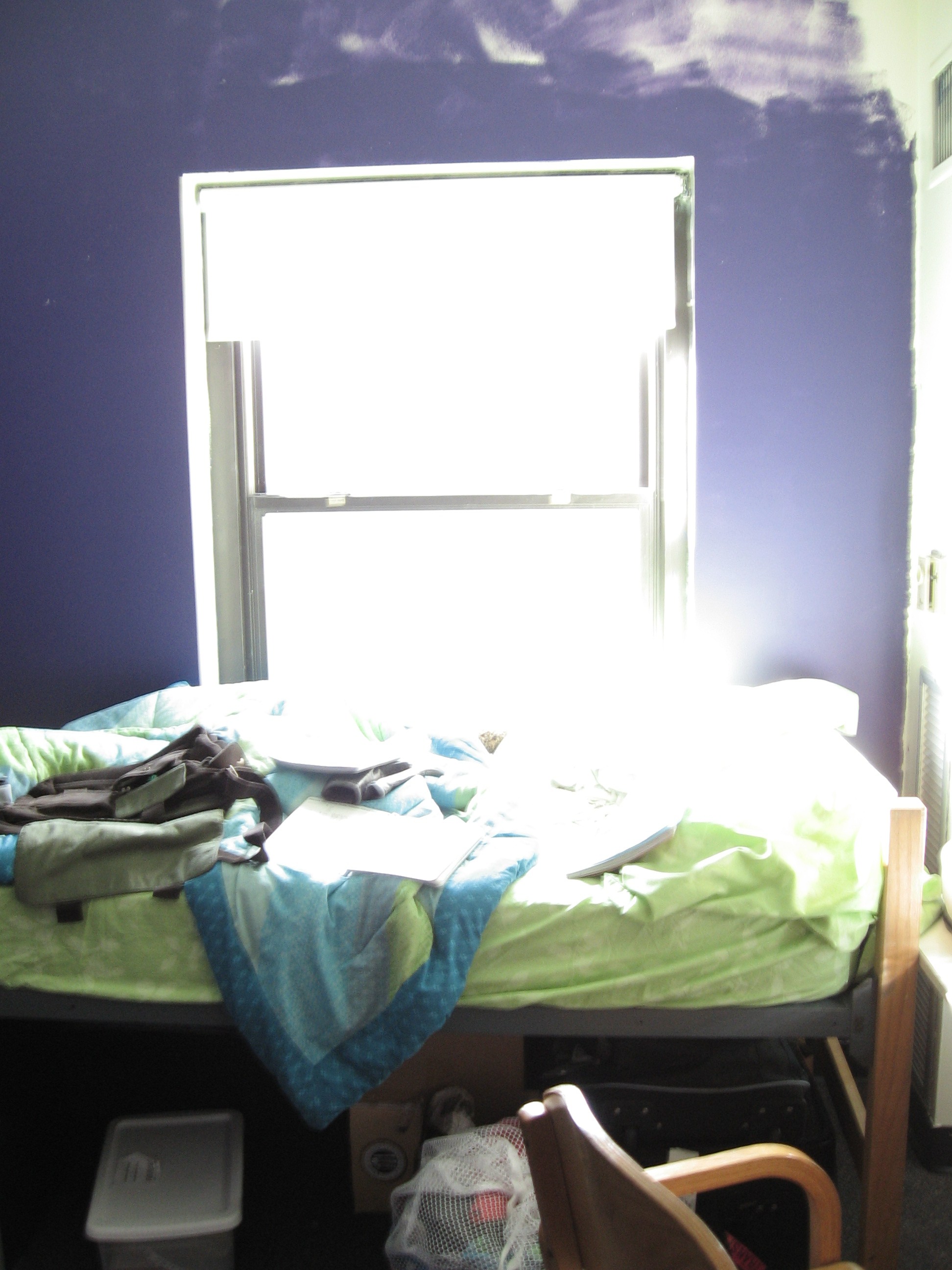 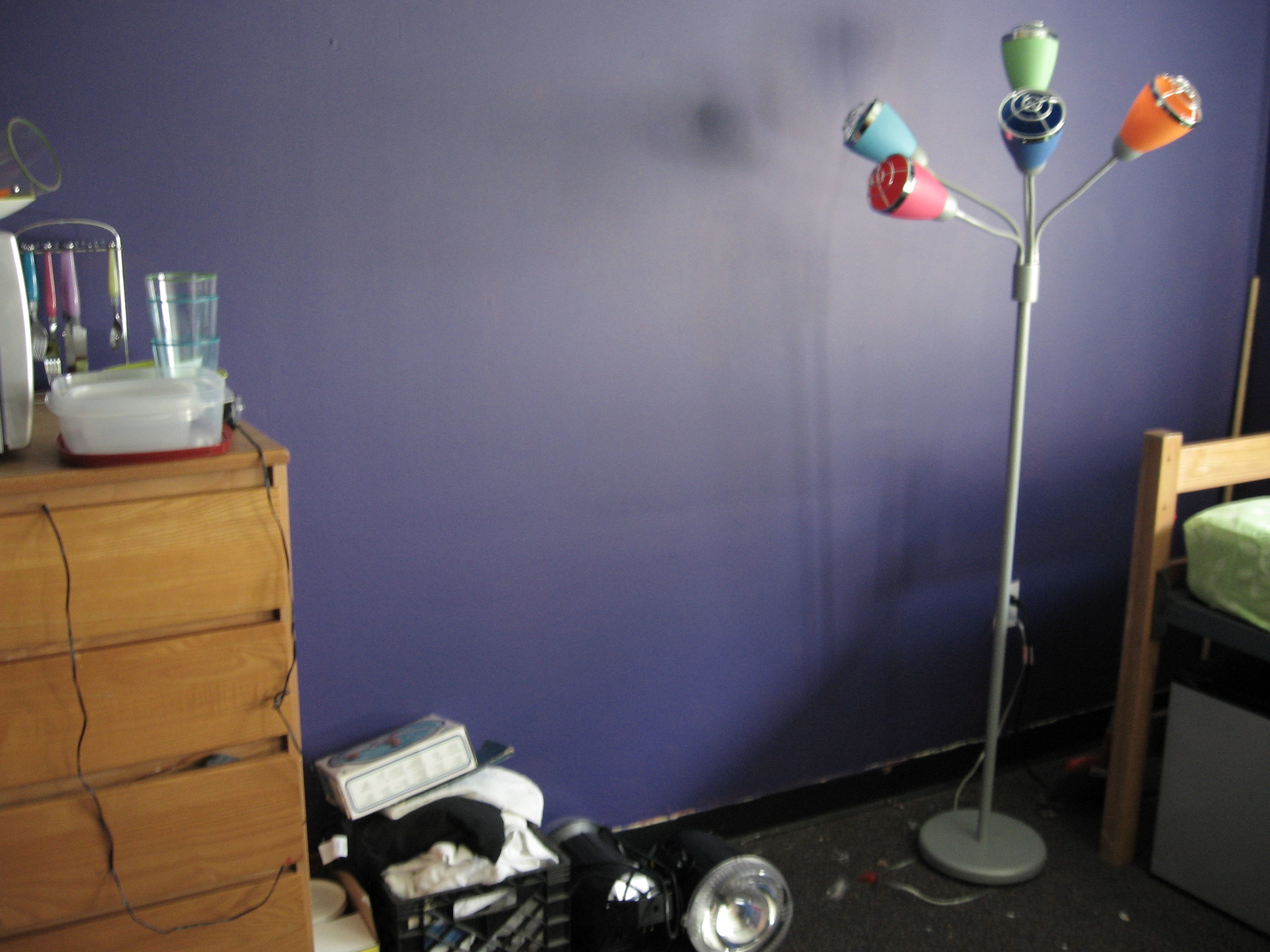 I now have room for a small couch, which is definitely going in the space between the drawers and my lamp.

No commenting on the unfinished corner of a wall. I know. Neha ’10 wants me to write “ON PURPOSE” in Sharpie along the corner, since that apparently makes up for my laziness. It’s not painted because I’m exhausted and hoping for tall guy support, since that’s as high as I can reach while standing on my bed (for the record, I’m 5’6″). Of course, right after I typed this Sari ’09 passed by my room and asked me if I’d ever finish that corner. “You’re not too short! You can just climb up on the bed with a roller and keep jumping up and down until you’re done!”

This seems like so much fun that it just might be what happens. (What, you wouldn’t do it?)

If you ever visit MIT, check us out. If you’re admitted, definitely come over during CPW – Hanna ’10 and I are CPW chairs for the Haus, so we’ll be planning all of the dorm’s events. We stayed up until 2 AM on Monday night wokring out the logistics of some of the larger events, and they will be awesome. Visit Senior Haus: we have the only bathroom on campus painted hot pink and covered with robots. 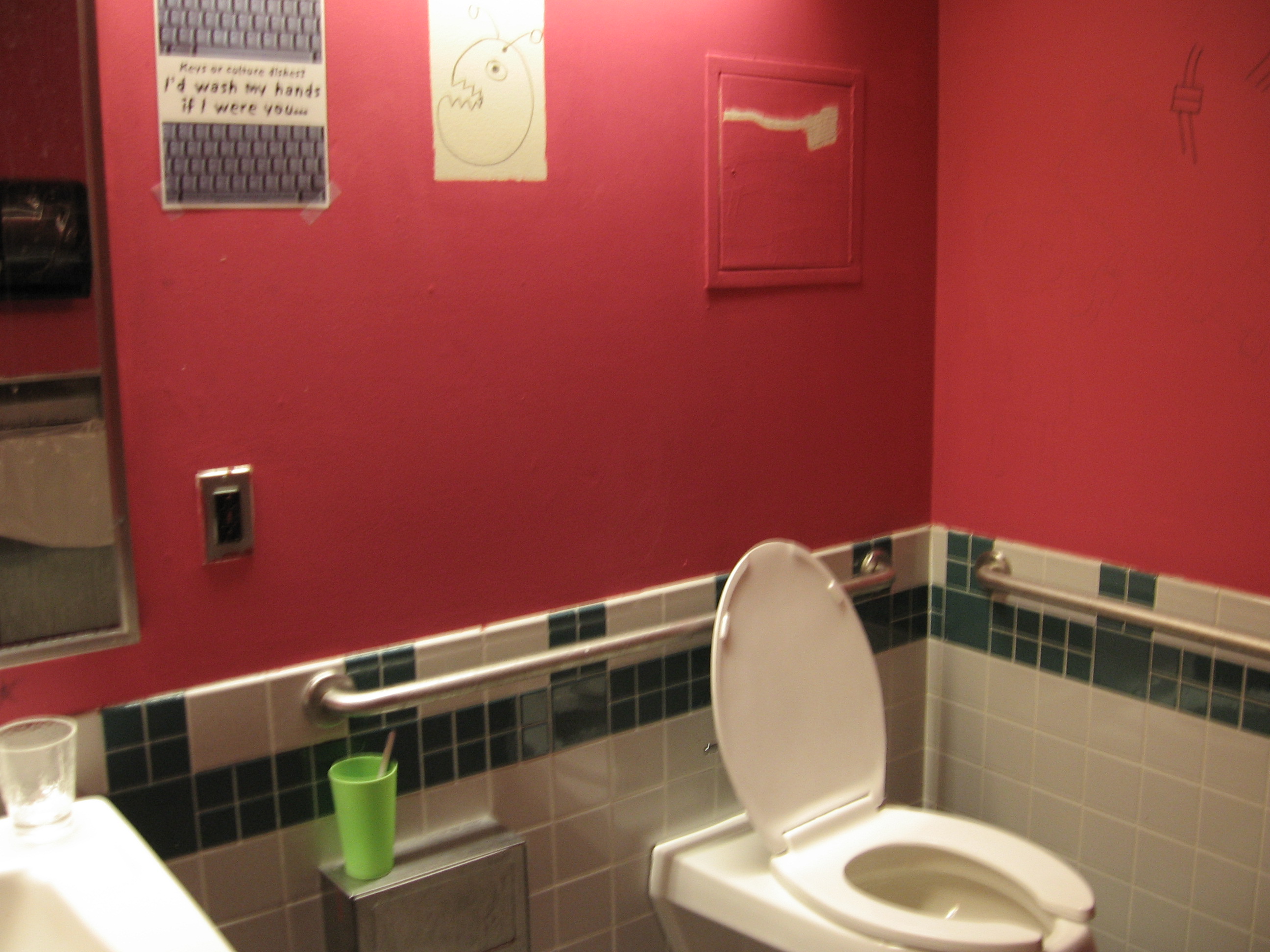 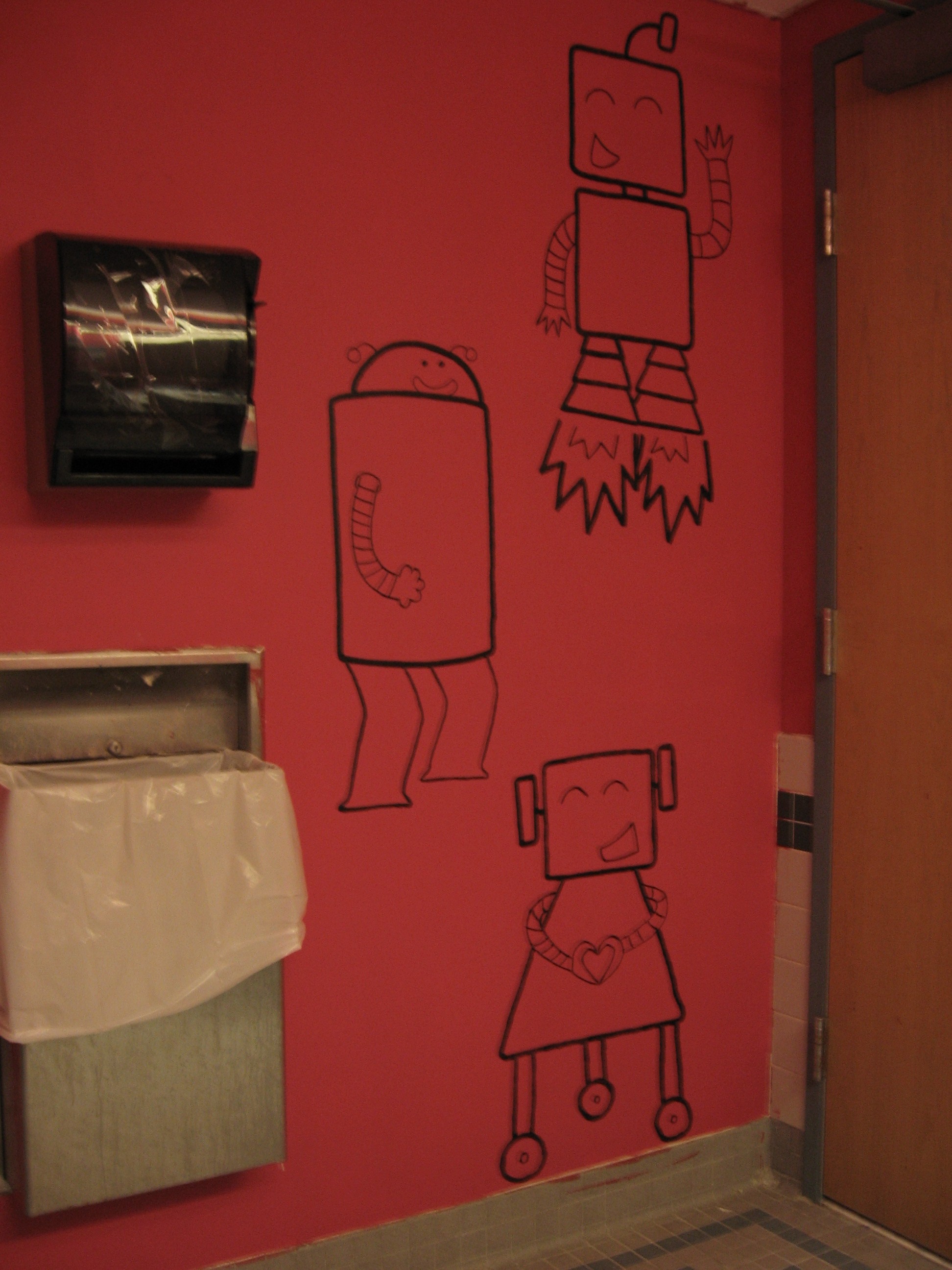 22 responses to “Welcome to Senior Haus”