MIT students use online collaboration with their French counterparts to learn about each other's cultures.

So far, we’ve done word associations and sentence completions, where we at MIT enter (in English) what first comes to mind when we see words and sentences related to work, money, food, culture, and other staples of daily life. The French students do the same in their own language, and we compare and contrast the different responses to gain perspectives in the other country. 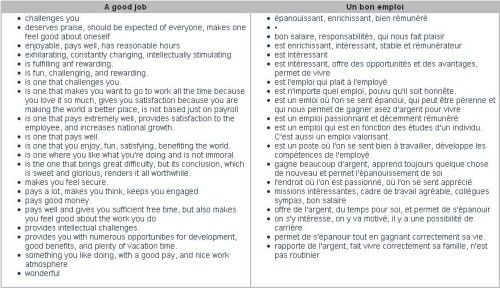 It’s interesting to see the different sorts of things that come to mind when we think of a “good job,” for example, in comparison to what comes to the mind of a French student. We consider these observations, ask for clarification and chat with the French students on a discussion board. 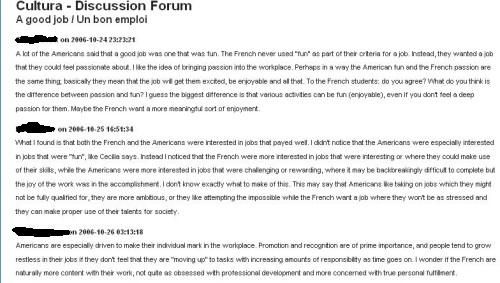 In France, suburbs are often dangerous — a stark contrast to the American idea of them being nice places to settle down, live and raise a family. Basically, the Cultura system highlights the way we think about various things we take for granted, and it’s been a useful way to bridge the gaps of our cultures.