Independent Activities Period (IAP) is a four-week period in January during which faculty and students are freed from the rigors of regularly scheduled classes to do…whatever they want!

Established in 1971,⁠01 With the unintentional benefit, <a href="https://infinitehistory.mit.edu/video/howard-johnson-part-2">according to</a> then-President Howard Johnson, of saving fuel during the energy crisis. IAP has grown to be a unique feature of the MIT education, offering both formal and informal learning and extracurricular opportunities. More than 600 activities are offered each year, and regular students paying full tuition in either the fall or spring term do not have to pay additional tuition or room fees during IAP.

Departments offer hundreds of credit-bearing subjects during IAP. And any member of the MIT community may propose a non-credit bearing activity of intellectual or extracurricular nature on everything from making a pinball machine to a crash course in stand-up comedy. Other students take the time to travel or work or nap. Basically: what you do in the month of January is entirely up to you.

IAP is also the time during which many legendary MIT events are hosted, including: 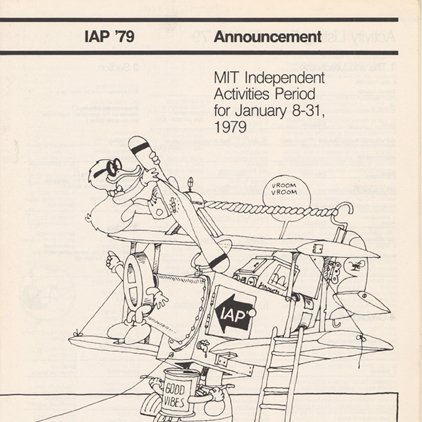