Two years ago I posted about an experiment that lead to the creation of the Super Secret Student Marketing Team. At that time it was just Alison ’23, Emily ’22, and Felix ’23. It was cool. We drew some things, wrote some things, designed some things, and gave away a bunch of playlists. You know, vibes and all that.

A year ago we expanded on the idea of the experiment to see what would happen if we took four students (only two of whom knew each other) living in four different time zones and asked them to animate and score a Pi Day video…even though they had almost no animation experience. This led to the Secret Team growing by three more members: Karthik ’22, Angela ’24, and Audrey ’24. Oh and we also made a lo-fi beat study break video!

After realizing I’ve done a team update for the past two years⁠01 and having a few 2026s ask me what this team does , now seemed like as good a time as any to add to the Secret Team mythos⁠02 Hmm, after writing that sentence I’m starting to realize the contradiction of talking so much about something that’s so secret .

One of the first projects that comes to mind is when we asked Alison to commit an act of vandalism⁠03 'it’s not crime if it involves bunnies wearing toilet hoodies!!' -Alison F. '26 and deface the Best of the Blog zine. It was great, and you know, vandalism can be a good thing…I guess? Hmm, on second thought, and for legal reasons, please disregard that last sentence. Vandalism is bad.⁠04 most of the time...

vandalism part 1 of many
more vandalism

Oh, we also made more videos this year. Of course you had the 2022 Pi Day video that Angela and Audrey already blogged about, but there were a few other additions to the YouTube library.

At the beginning of the Fall semester, we started working with a new Secret Team member, Nesu ’25. I actually found Nesu through an art portfolio he submitted when he applied to MIT. Petey sent me a link to his work, and after watching half of his first video, I immediately had ideas. So, once I found out he was admitted, I reached out and asked if he wanted to create video/social stuff for the admissions office. Long story short, this year he shot a vlog, he created a congratulations video for 2026s, and he did a bunch of things with us on Instagram.

Speaking of 2026 congratulations videos, we also asked Daniel ’25 if he could create a video for the incoming class. I remembered him from WISE. Oh! And as part of his application, he’d also written and performed a song about why we should admit him to MIT, so I figured he might do something interesting. Honestly, I hadn’t planned on Daniel becoming an official member of the Secret Team, but between him producing the beat, writing the lyrics, buying the green screen, and directing/starring in the video, I had no choice but to add him. I mean…just watch it!

All right. That’s two members down, I guess we can talk about the other new member of the secret team: Margaret ’23. Margaret is the mother of Wide Tim and, as some of you may know, Wide Tim has amassed a cult-like following that is so strong he leapt from the 2D realm to the IRL world. From stickers, to reaction emojis, to giant faces, to shirts, to zoom backgrounds and cardboard cutouts, Wide Tim has become a movement.

Now that’s not everything or everyone one. We still had Felix writing emails and creating playlists, Alice ’24 creating stickers⁠05 Alice's reaction to seeing this will be 'but you turned down my last two sticker ideas!!' i know, i know and vlogging from the floor of her lab, and a different Audrey C. ’24 taking pictures for us at Campus Preview Weekend 2022. Before Emily graduated in May, she did a Webtoon⁠06 new MIT Webtoon by Angela Z. '24 coming late summer/early fall!!! about her senior fall. Oh! There’s also Jenny ’25 creating memes and Cami ’23 doing forever-long live streams on Instagram. Actually, I don’t think I ever told Jenny⁠07 ':000!!! NICE' -Jenny '25 and Cami⁠08 'Wow it's so secret even I didn't know I was on it.' - Cami '23 they were official members. I guess they know now. 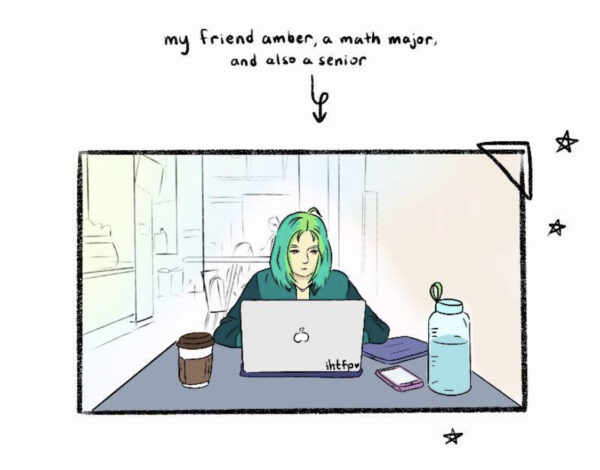 I had a completely different conclusion planned for this post. It was amazing. There were literal fireworks and everyone was cheering. You had to see it. Eh, maybe it exists in the multiverse somewhere, I don’t know. But, I changed it to what I’m about to say now for…well…for reasons.

This post was really just an excuse for me to thank not only the people I mentioned above, but for every other student that helped us with something even a little bit.⁠09 and there have been A LOT of them I remember talking about this team to a bunch of MIT communications people earlier this year, and I ended my presentation by saying the secret team is infinite. I said that because at any point, I can reach out to any student on campus and ask for help, and there’s a good chance they will say yes. I know this, because I’ve done it.

On one of the various platforms where I interact with CJ ’23, he mused, “Tim the Beaver transcends our individual conception and has entered the spiritual plane of collective unconsciousness.” 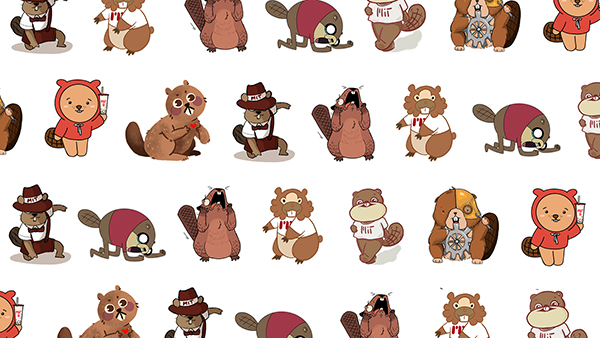 That was in relation to the amount of Tim the Beaver variants that students have created for the Admissions Office over the last couple years. But, I think CJ ‘23’s comment sums up my expectations for the Secret Team and how I believe MIT should be represented. There is no one version of this place. Each individual person has their own unique idea of MIT. So, the only way to accurately showcase MIT is to let each of these versions collide with each other on a very public platform and watch what happens.

So…yea…that’s the Secret Team. Anyone want to join?

Hey! I'm Kellen. I don't work here anymore. I was an admissions officer from 2019-2022. I don't know what I'm doing for a living as you read this because I'm not totally sure when you are reading it. I could be finishing my last week at MIT or I could be 150 years old living on an asteroid with …
Keep Reading