and your final final exam 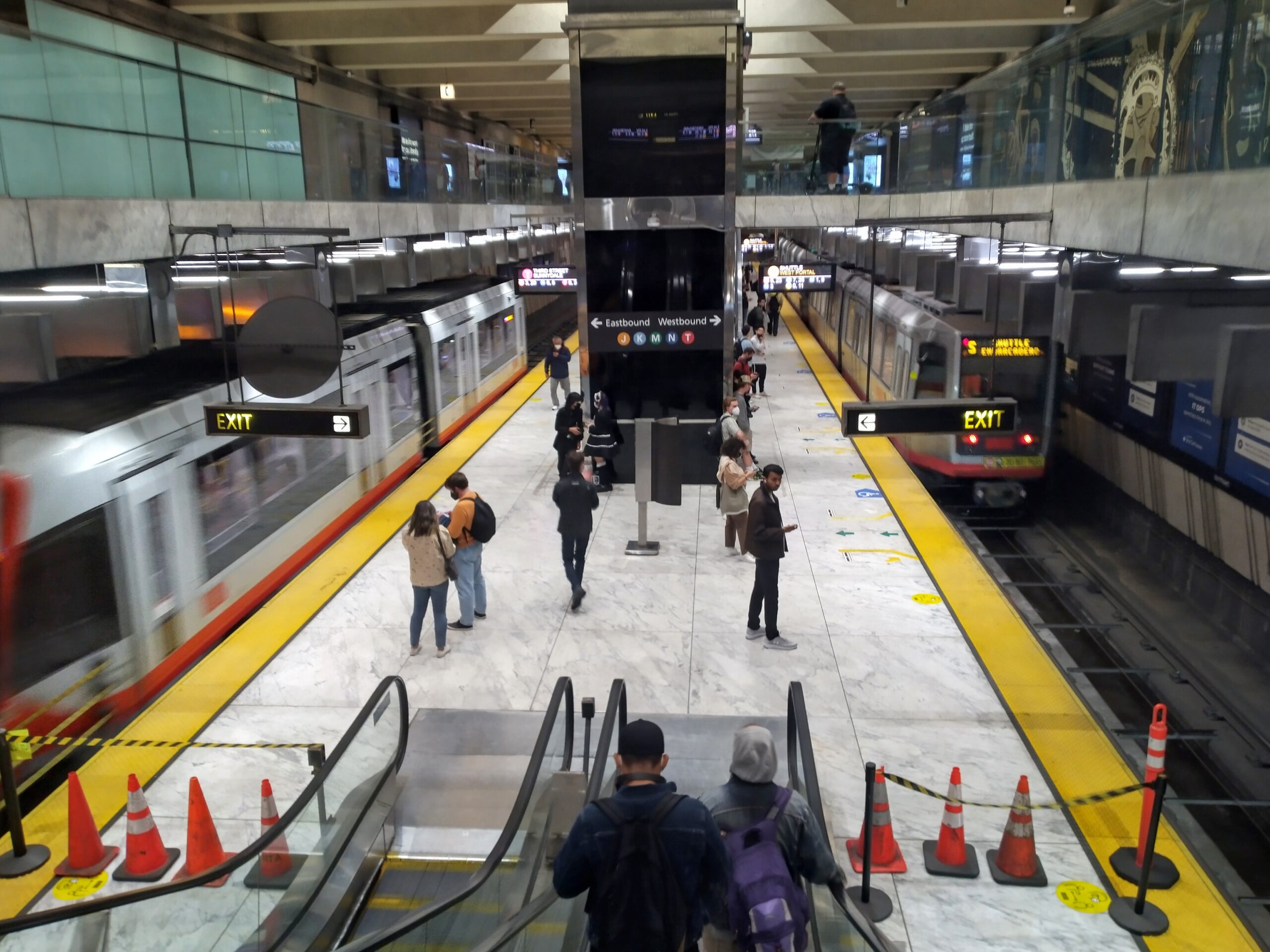 where are you going?

I remember the dozens of things people told me about MIT. People told me that it was going to be hard, that there would be too many things to do and that I had to live with not doing them all, that I would need to pare down my focus or I’d drown in the torrent of activities.

I remember the form I had to fill out to accept my offer of admission. People called this “committing” to MIT, and I remember finding it strange that people could commit to a college much like one could commit to a responsibility or a relationship. The word commit is from Latin committere, which has evolved meanings over time, from “consign someone to custody”, to “trust oneself completely to”, to “bring into danger by an irrevocable preliminary act.”

I remember the form I had to fill out to accept my offer of admission. It’s been too long ago that I know I’m inventing the details, but the memory feels like this: I click the “submit” button. The icon on the browser changes, from the letter M to a spinner. Seconds pass. I see a life flash before my eyes, one of four years spent in MIT, one filled with doubt, depression, and difficult decisions. My cursor moves to the back button, but before I can click, the page loads.

To commit is to “bring into danger by an irrevocable preliminary act”, and in those few seconds I had brought the next four years of my life into the unknown.

She remembers the dozens of warning signs covering the package; she remembers the three-factor authorisation procedure she had to follow to get into the sealed container where it was stored; she remembers the centimetre-thick book of medical advisory information, which she discarded; and, rolling her left sleeve back, she finds a fresh needle mark with a speck of blood, and remembers administering the injection.

Two years after I committed to MIT, or one year ago, I experienced this feeling I called ungestalt, like looking at all the pieces and not seeing how they fit together, like missing the forest for the trees, like looking at the sky and seeing stars, not constellations.

Wheeler collects these fragments but fails to remember the memory itself. Because: life is only ever experienced in parts. (Why else are our memories like frames on camera film?) Because: life can only ever be explained in retrospect. (Why else can we only tell stories about things after they happen?) Because: life is a series of irrevocable commitments. (Why else do we have regrets?) We, external observers, see Wheeler’s fragments and, in the context of the story, are able to piece together what happened. But can she?

During the Activities Midway, which happens near the end of orientation week, the student groups put on a show. The first-year students don’t realize this, but they are being used as the unit of measurement. How many frosh stopped by your booth? How many frosh signed up for your mailing list? To the student groups, the Midway is one of the precious few opportunities to extend the lifespan of their club. To the first-year students, the Midway is a spectacle for the senses.

In my first Midway I put my email on every Google Form that caught my fancy. The Assassins Guild had Nerf guns and costumes. The Association of Taiwanese Students had boba. The Student Information Processing Board had a vintage computer. I carried fliers from Live-Action Mafia, the Lab for Chocolate Science and the Fruit Club. I said hi to friends boothing for the Educational Studies Program and the Harvard-MIT Mathematics Tournament, and Tech Squares. I wished I brought a bag to fill with all the goodies I’d collected.

At Midway this year I saw a first-year student whom I thought looked liked me. He stopped at the same booths I did, writing his email on every sheet of paper he came across. I saw gray creases under his glasses, saw his eyes fluttering wider every few seconds, in sync with the noise of the Johnson Rink. With the hundreds of student groups in MIT, it’s unlikely he’d pick the same set I did.

The dose is taking effect now. Wheeler didn’t read the book because she already knew every word of it. She knows everything that’s about to happen to her. She can already feel her mind hardening, like steel, and the developing symptoms of extreme sensory overload.

Last week I dreamt that I was a first-year student at Midway. Every booth I went to was staffed by an older version of me, who’d list all the reasons he loved that group. Whenever I’d stop to look around, more and more tables would appear, filled with more and more people, none of whom I saw the face of. With each conversation with myself, the background noise grew louder and louder. I found it harder and harder to concentrate on my conversations. The noise grew to a crescendo, morphed into an alarm, and woke me up.

Counting the Activities Midways during CPW, this is my fourth Midway. This time around I spent most of my time with the Assassins Guild booth, handing passersby Nerf guns and teaching them how to shoot. Four people told me that this was a good method of advertising the Guild. I would know, because people have told me this in the previous Midway, and the one before that, and I told this to people during my Midway. I know everything that’s about to happen, because I’ve read it all before.

As I was choosing which classes to take this semester, it felt like I’ve never had to make a decision this hard before. This is blatantly false, because I have chosen my classes for the previous six semesters, and I have made more impactful decisions like choosing where to go to college or choosing between job offers.

Yet every semester feels like rolling fresh. Somehow the advice I’ve given before slips from my mind. The list of classes I’ve been interested in taking is nowhere to be found. My feelings oscillate from learning sucks and I don’t want to take any classes to my schedule does not have enough space for all the classes I want to take. And as I waffle between which classes to take, it felt like I was a frosh again, in wide-eyed wonder that I get to choose which classes I can take in the first place, confronted with a dizzying array of choices.

I’ve managed to choose a set of classes anyway, one that doesn’t break every piece of advice I’ve given. On first glance, as Wheeler points out, it isn’t that surprising. I was the one who gave the advice in the first place, so I could come up with the advice when I need to. But if this was true, then how do people ever change? How do people learn to make decisions differently, if they’d always come up with the same plan?

If you wiped my memories of my decisions, I don’t think I’d end up with the same ones. The version of CJ from a year ago might’ve talked to different people in the companies he was choosing to intern between, and might’ve ended up with a different impression of each one. If he made the decision again, it’s a better-than-even chance he would’ve chosen the same way, but it’s not guaranteed.

And the first-year version of CJ could’ve skipped a Midway booth for any number of reasons. Maybe there were too many people around it at the time, or he missed it or couldn’t find it, or the person staffing it went on a bathroom break. If he did the Midway, this sleep-deprived frosh, it’s unlikely he’d pick the same set I did.

The three-year-old version of CJ didn’t cry much, because he was conditioned not to. His parents would yell at him for crying. Though he didn’t understand why it was bad, he learned to associate crying with his parents getting angry at him. When he got angry, or sad, or experienced some other intense emotion, he kept it in.

When the pandemic evicted much of the population from campus, his reaction to this was, once again, not having emotions. He notes that “if this was a movie, this would be the cue for me to cry,” but he doesn’t. He says he tried to make his emotions louder, but couldn’t. He hasn’t realized, not yet, why it was happening.

He spent much of his second year working through his emotions. Analyzing each one as it passed, without judging them as right or wrong. He began to find names for these emotions, and realized that what he’s been bottling up was grief. Grief for all the time he’s lost: time that he could’ve spent eating with friends, hanging out with friends, staying up with friends.

And finally, finally, he cries about it.

He’s three years old again. He got his toys taken away from him, for the first time, and he cries. He yells about how unfair it all is. He’s a three-year-old inside a college sophomore, again, and he’s experiencing all these new, intense emotions for the first time. He’s a five-year-old inside a college senior, and he’s experiencing all these emotions, again, and it might as well have been his first time.

And now he’s twenty, or twenty-one, or twenty-two. But has he learned anything? He’s been here for three years now, yet he has the emotional range of a two-year-old. It might as well have been his first day—he might as well have skipped college—he’d be as anxious and angry and confused and depressed and lost and sad as he is now.

I’ve learned math, sure, and web development, and how to shoot things and hit them. I’ve learned how to use a bandsaw and how to deal with Boston weather.

But how do you put a name to the character development I’ve done? What about the spiritual or emotional growth? Can you list “became more emotionally mature” in a resume? What about “became more comfortable with making life decisions”? Or “became less likely to kill themselves”? They’re not things I’ve learned how to do, they’re traits I’ve picked up, a kind of person I’ve become.

Each of these changes are meaningful, but there’s something deeper. A more fundamental shift, one that I couldn’t place until recently.

“It’s just you, Marion, a division of one! Dying from mnestic overdose, two hundred metres underground, cared for by no one, known to exist to no one, up against an immortal, unkillable idea.”

But she knows — someone taught her, she doesn’t remember who — that an Antimemetics Division operative is as good on their first day as they’re ever likely to be.

My senior year feels like it’s leading up to this big final exam. The final final exam. It’s written by me, it only has one question, and I get to know what the question is right now: What happens next?

I’m putting an answer together. It’s still missing parts. I have to figure out where to go to school and for what, or where to go to work and on what. In making these choices, I’ll say goodbye to dozens of friends, experience thousands of emotions, and close the doors to millions of future lives, none which I’ll ever experience.

It’s a rough year ahead, but I think I’m ready. I’m as ready as I’m ever likely to be. 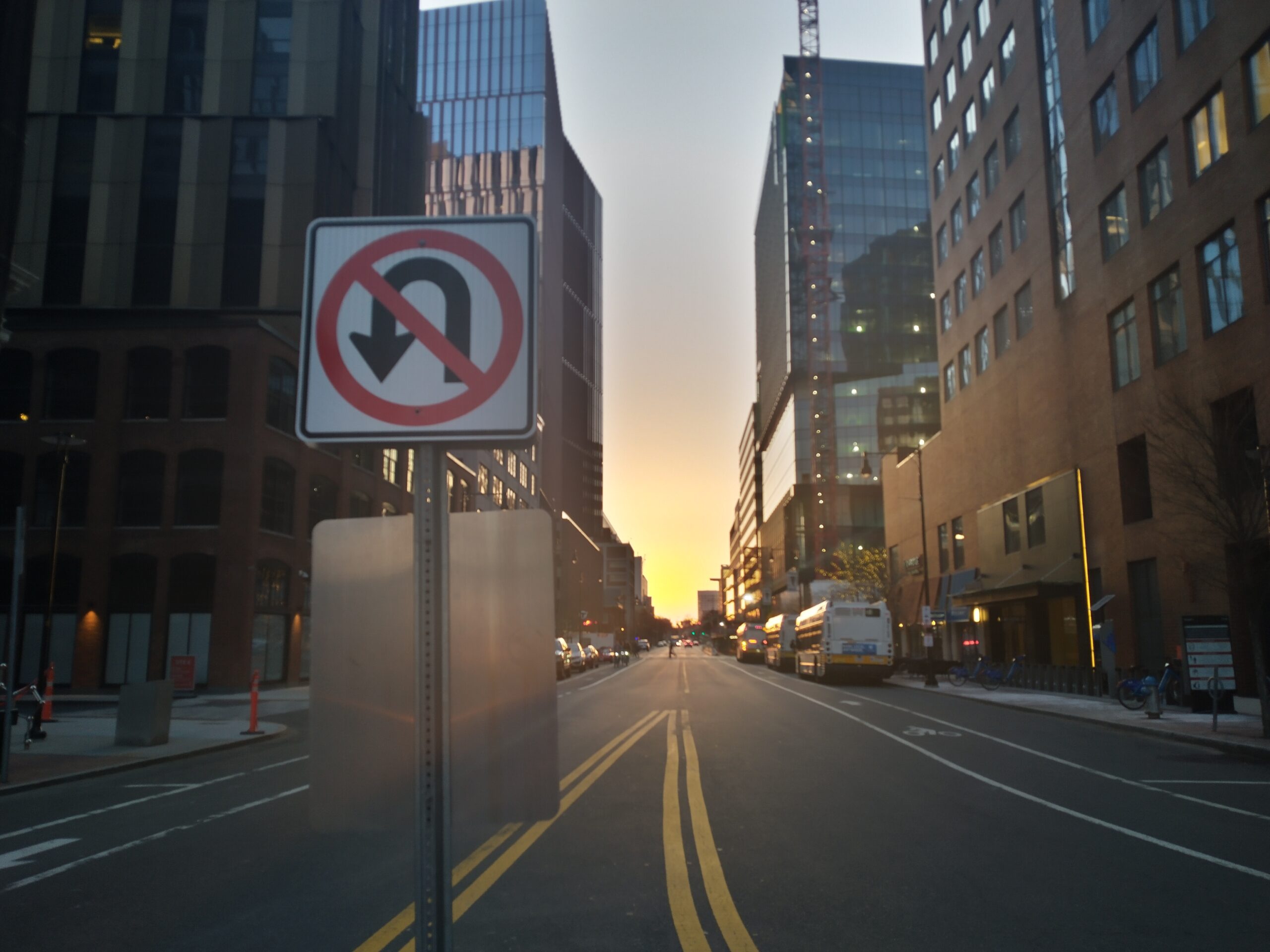 when will you get there?